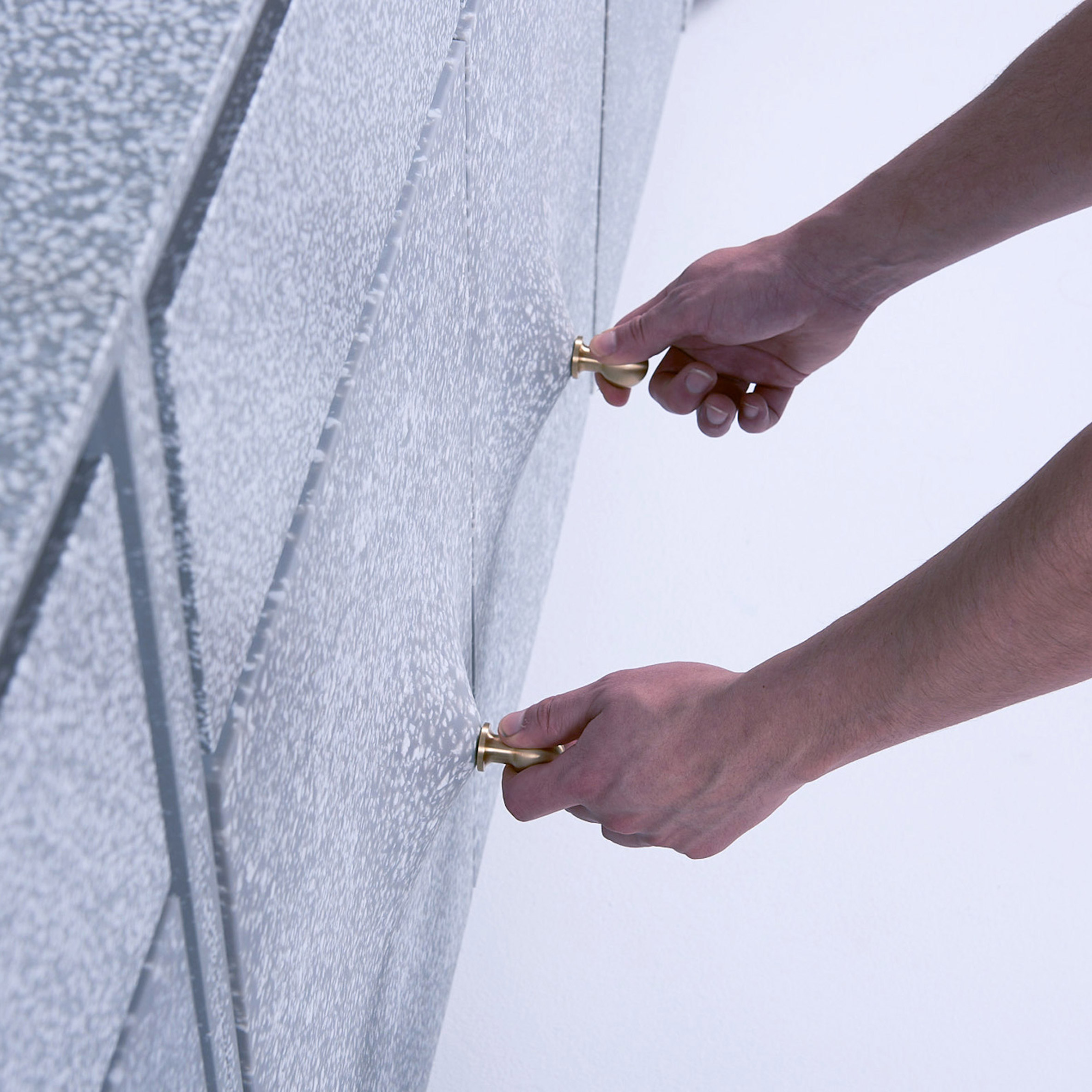 Rubbery doors outfit this cabinet designed by architecture studio Allthatissolid so that they stretch and form breast-like shapes when pulled open. 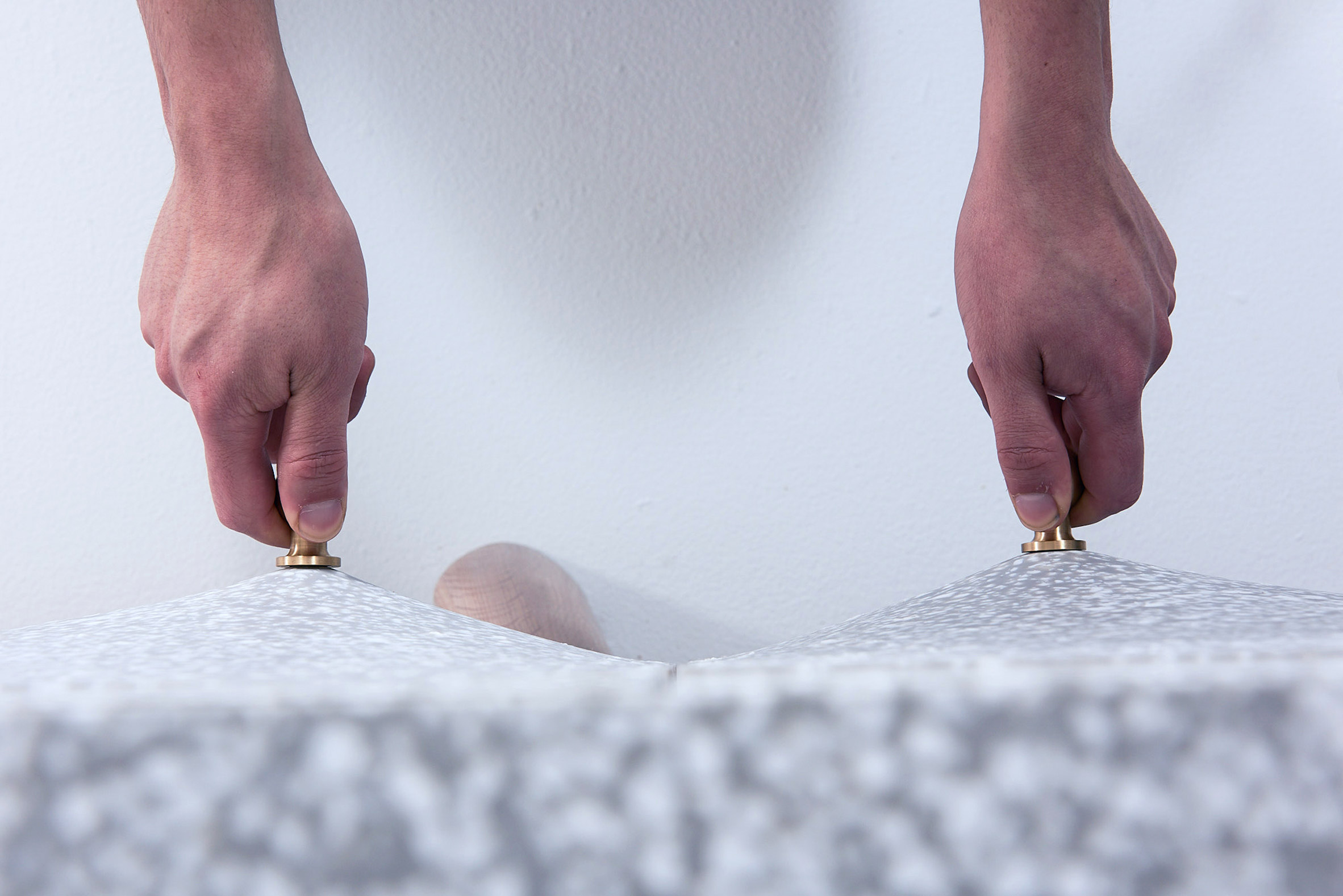 The unit, called Masque Thing, is a rectangular storage piece with 12 doors and a row of drawers on top.

The doors are covered in a grey silicone, which Allthatissolid developed with Brooklyn art fabricator Youngbuk to resemble terrazzo. The stretchy material makes the brass handles pull further apart from the door when they are tugged. 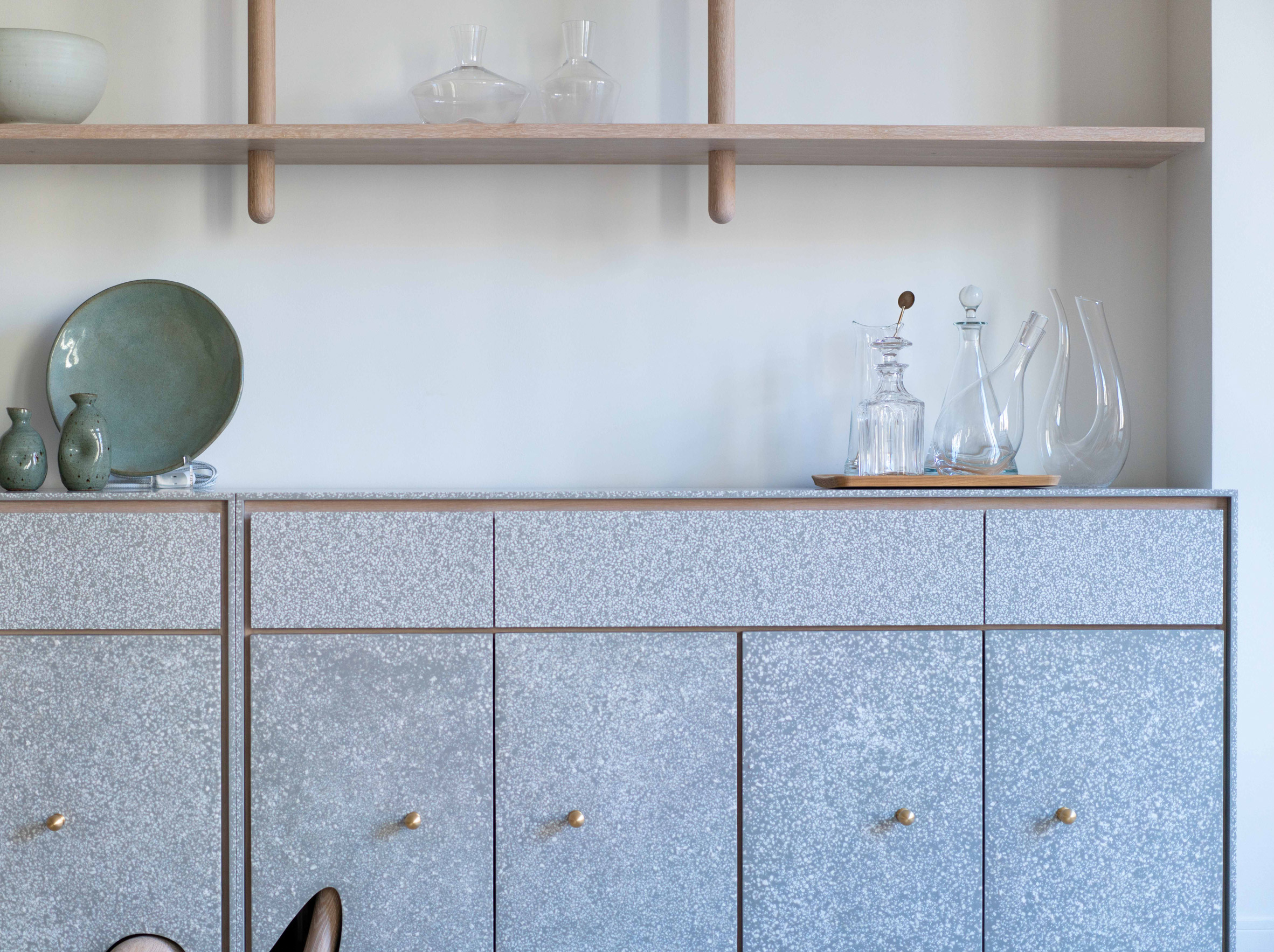 "The silicone terrazzo skin was developed to mimic a rigid stone surface with a devious and unexpected pliancy," said architect Max Kuo, who founded Allthatissolid in 2008 with Alex Chu and Danielle Wagner. The studio has offices in Los Angeles and Kuala Lumpur. 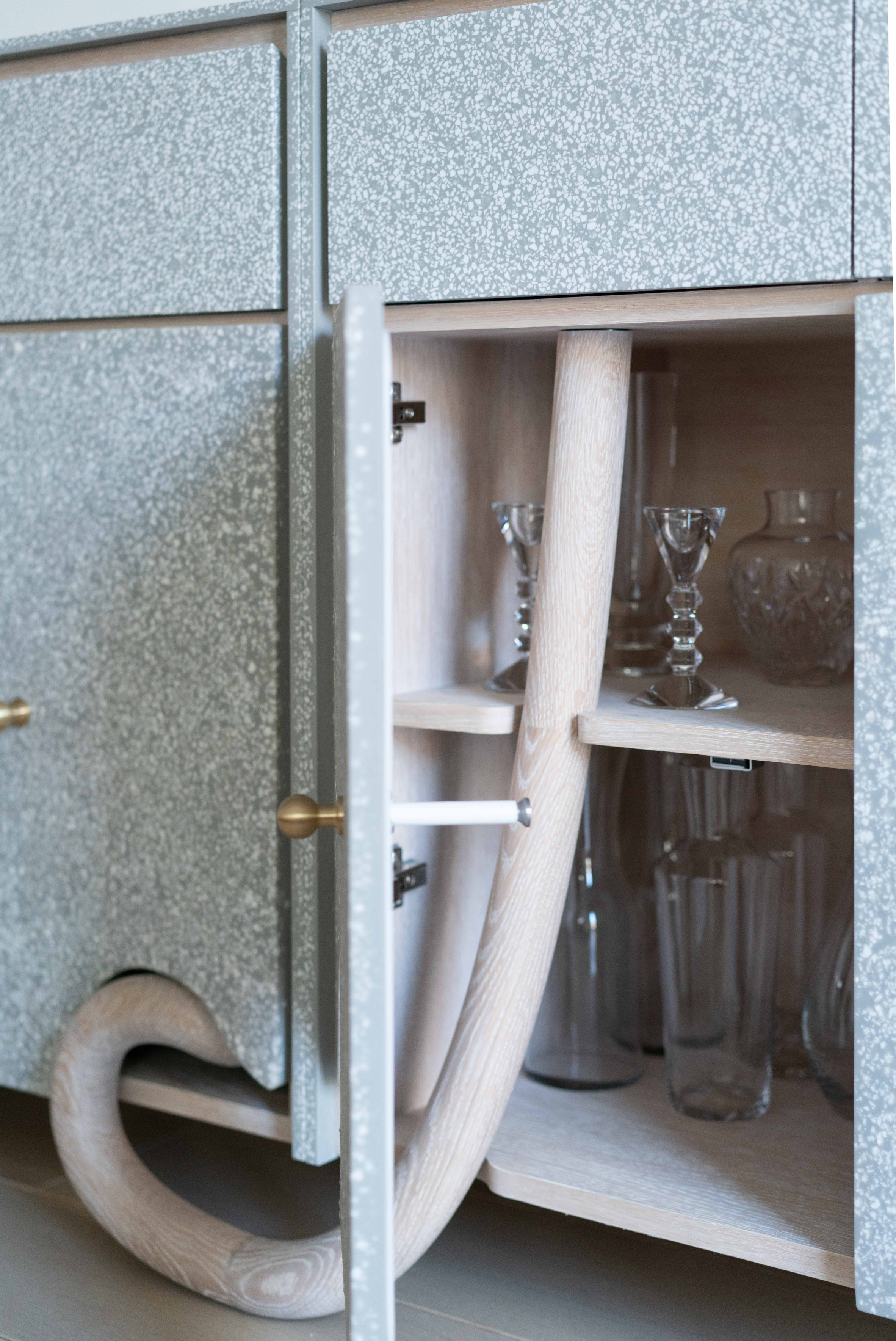 The top, sides, and drawers of Masque Thing are clad in a stone terrazzo. The tone matches the hue of the "skin" so the contrasting materials are hardly noticeable until touched.

"While the entire unit appears as one uniform and rigid material, as one opens the cabinet doors, all this melts away," Kuo added. 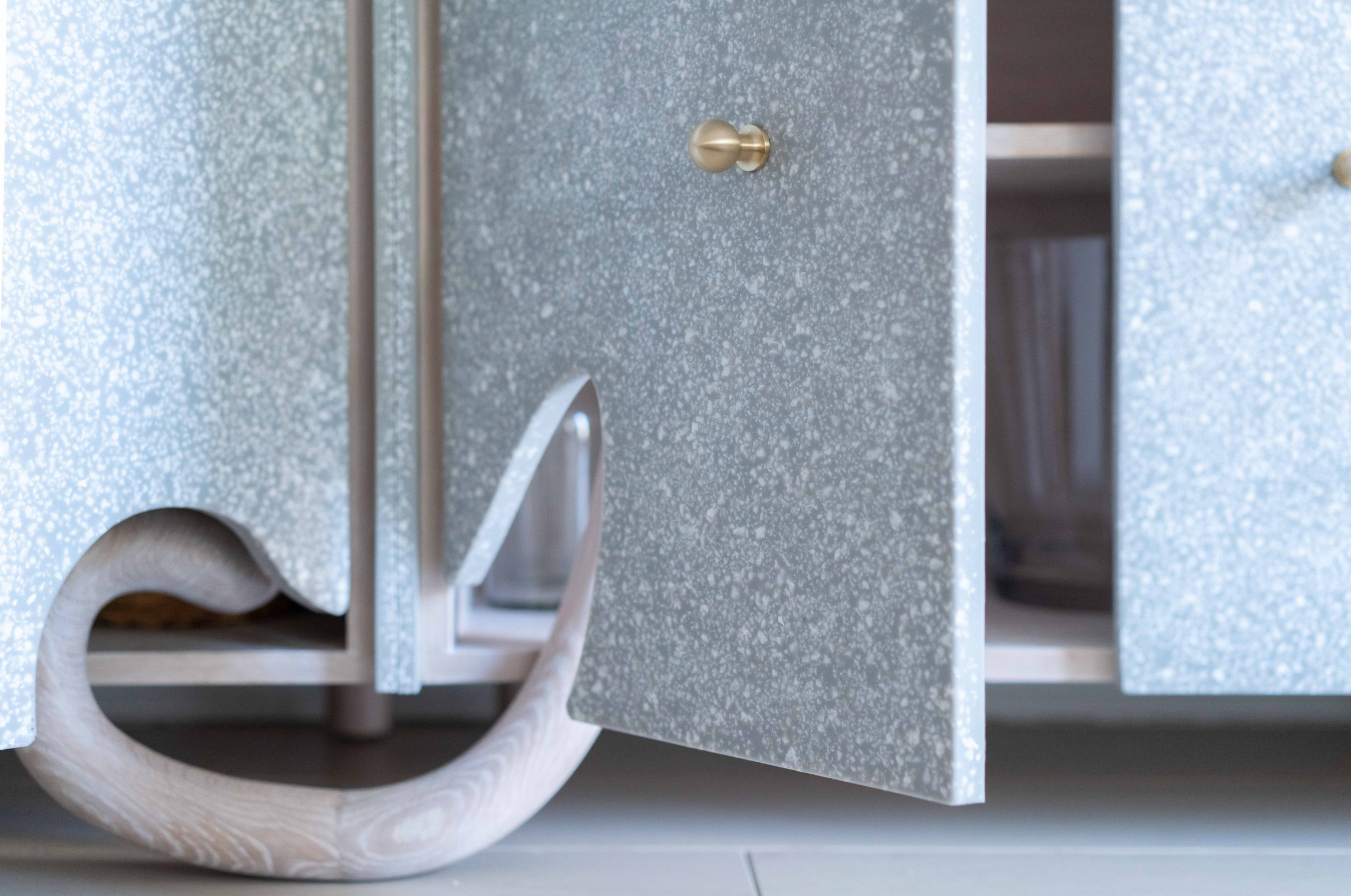 The cabinet was designed for an art collectors' apartment in New York's Upper West Side, and serves as a bartending surface and a place to display their ceramics collection. 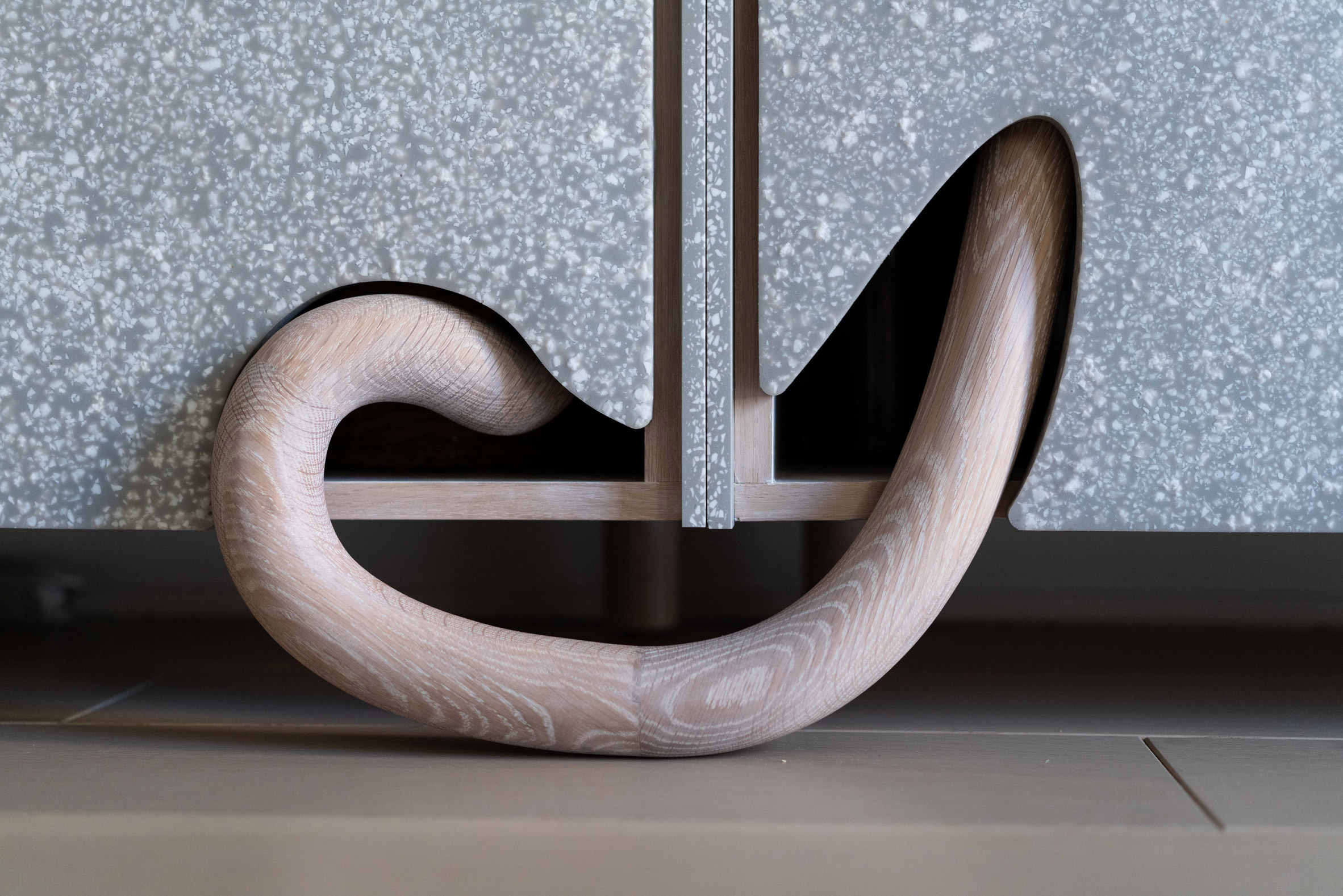 Kuo said that its playful and sensuous details make it more than just a furniture piece. "The silicone terrazzo skin was developed to mimic a rigid stone surface with a devious and unexpected pliancy," he added. 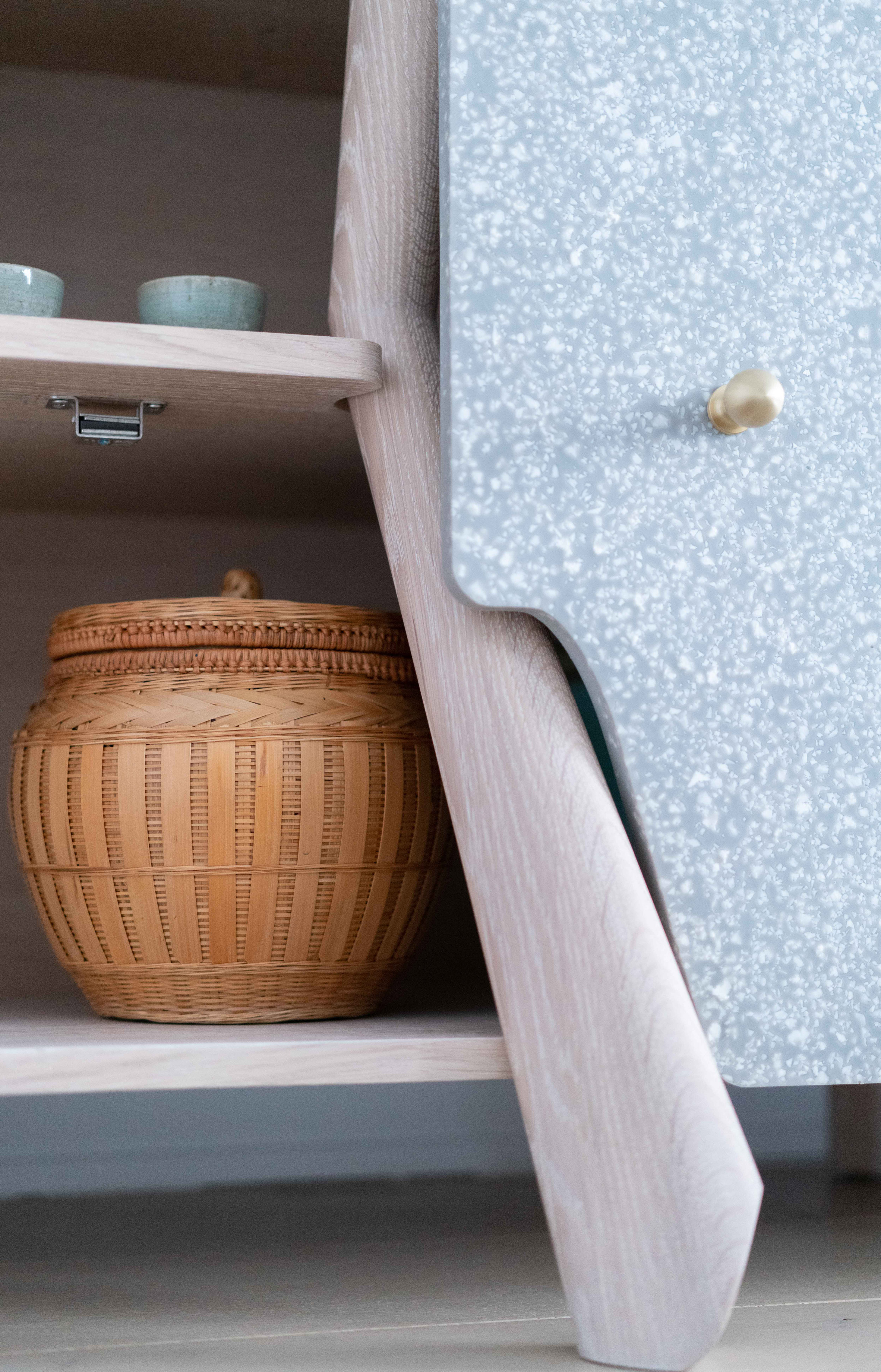 The cabinet's six front wooden legs are CNC-milled white oak, and no two look the same.

The supports stretch through the shelves within the cabinet to the countertop, but their forms are almost entirely concealed by the doors. At the base, however, the legs peek out in "sumptuous" ways. 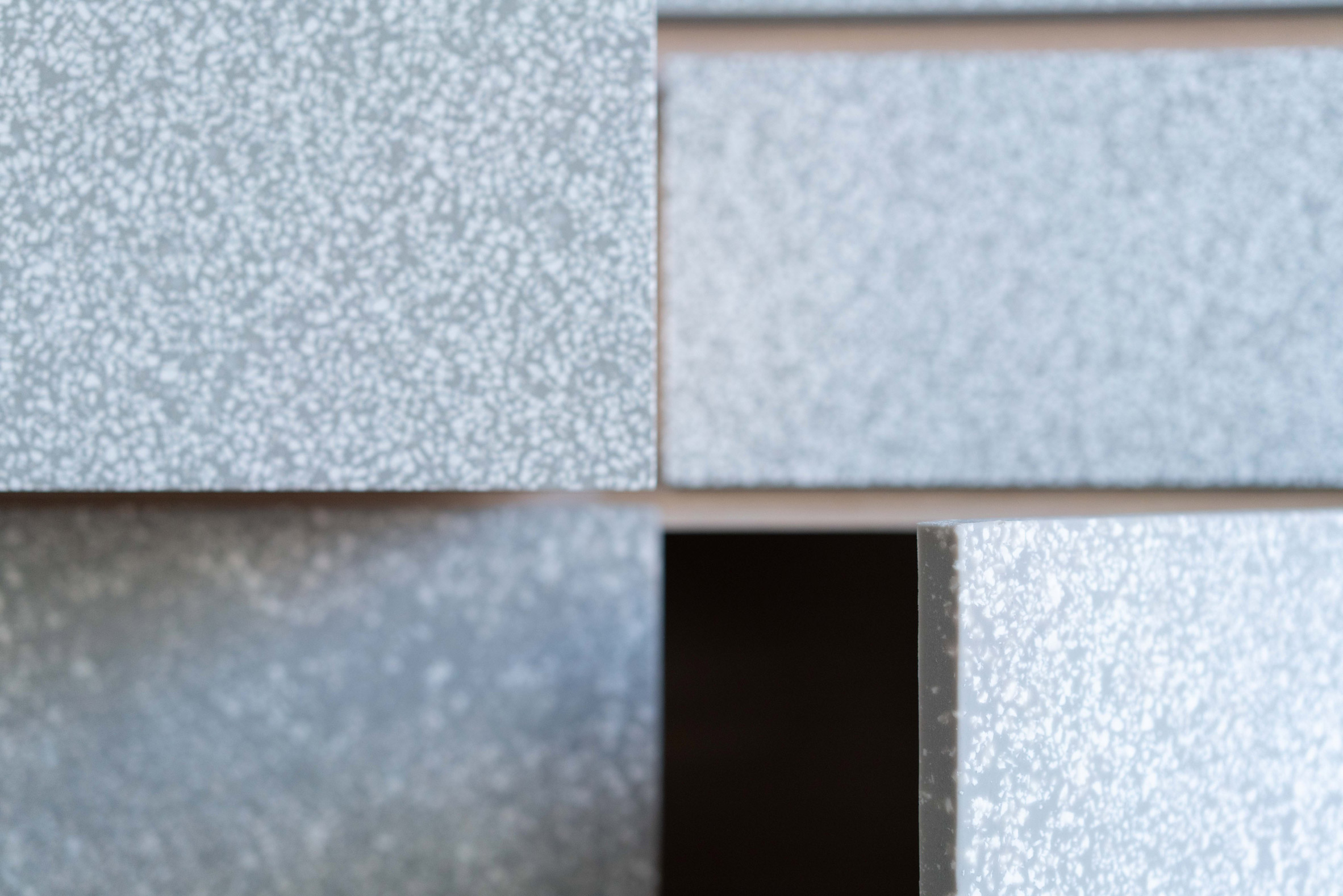 "Each front cabinet leg is poised as if in a strange dance," Kuo said. "Upon opening the cabinets, the full sumptuous anatomy of each leg becomes exposed." 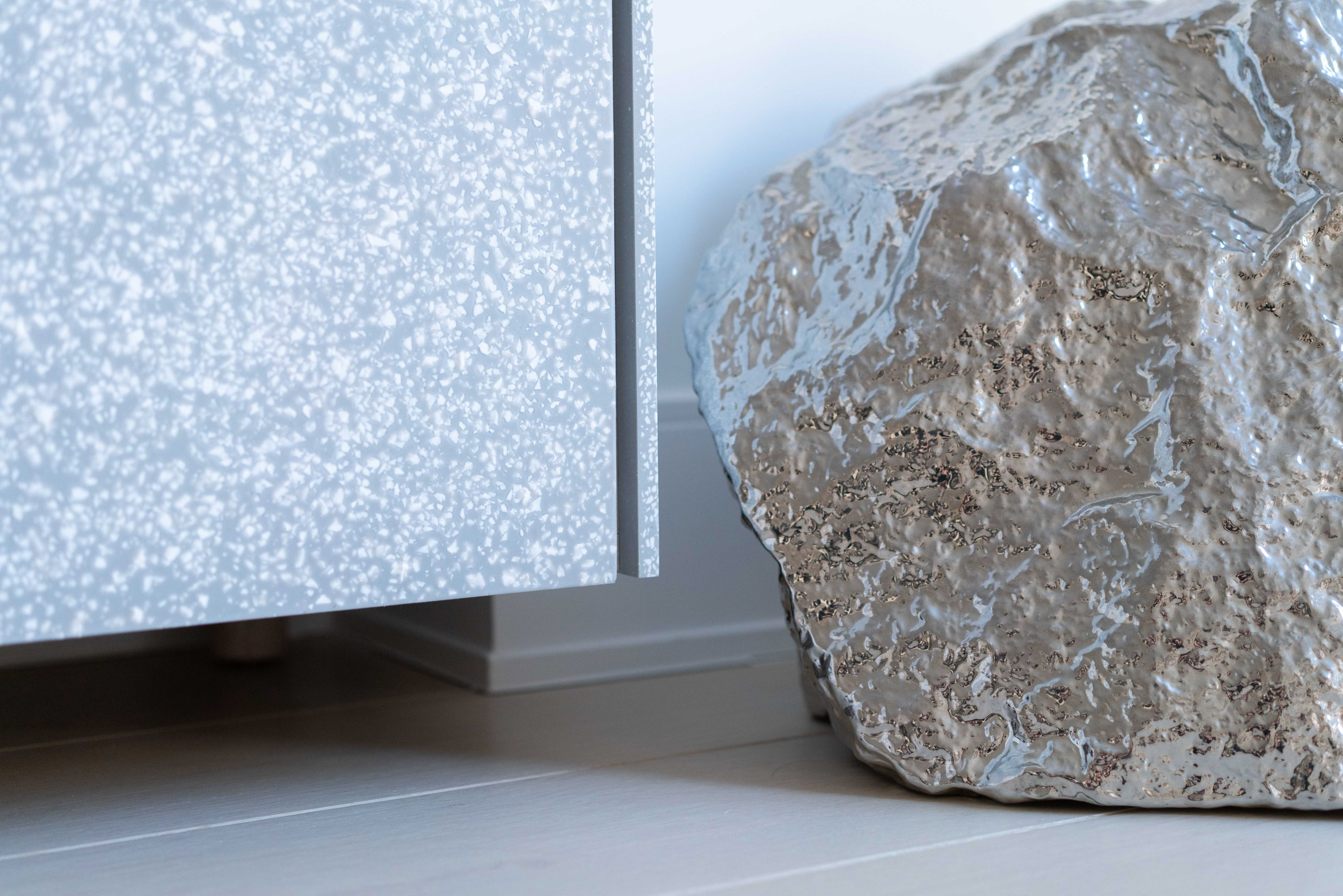 Other cabinet designs are a fabric-covered unit by Norm Architects, a tower of drawers for storing keepsakes by Nika Zupanc, an elastic volume by Bram Kerkhofs and Esrawe Studio's Trinchador Dolmen credenza.

Photography is by Max Kuo.