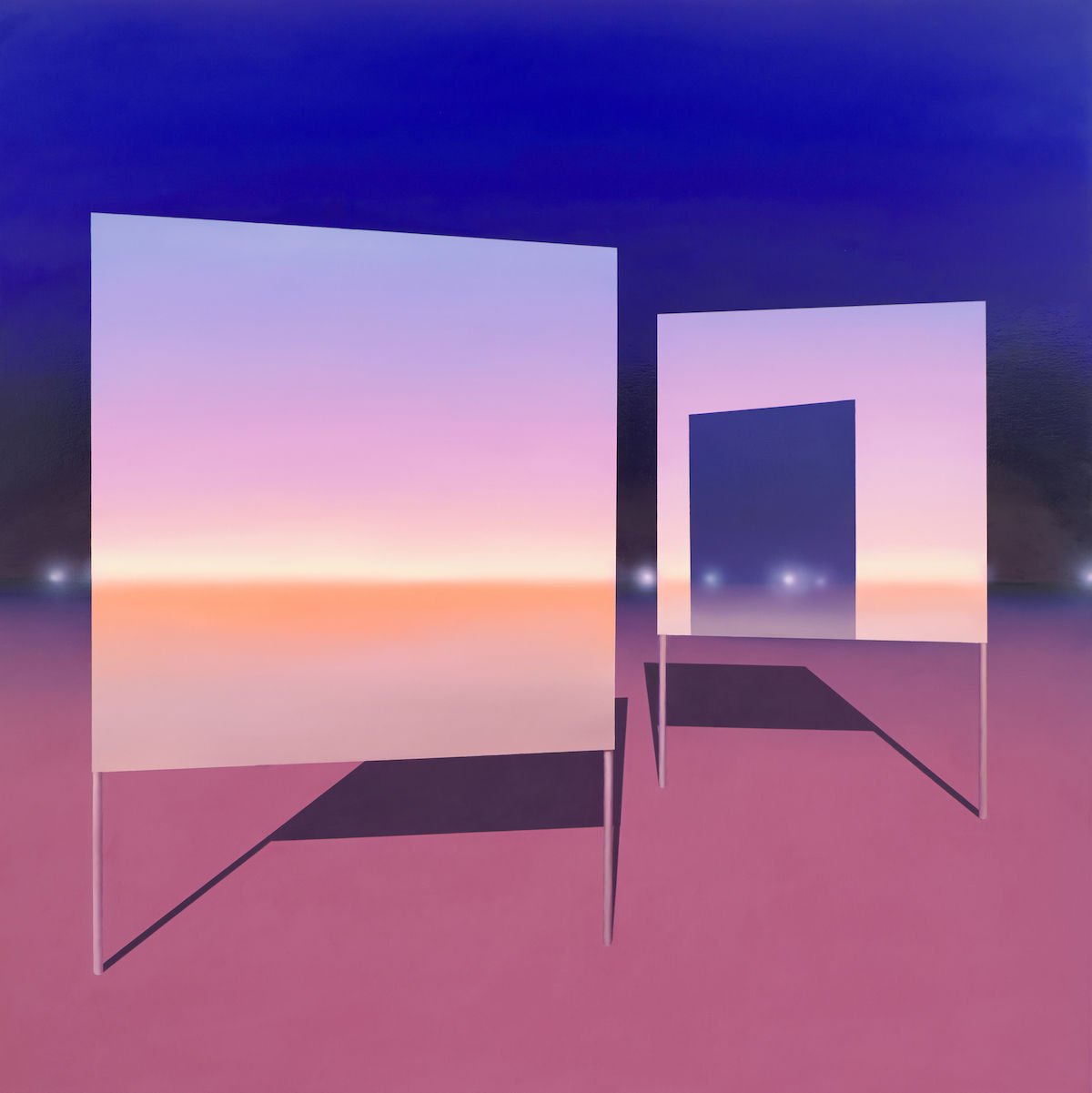 Hong Kong art month may be behind us, but the art doesn’t stop here.

June marks another exciting month in the world of art in Hong Kong. Yes, Art Central and Art Basel may have wrapped up, but the passion for all things creative still lingers. Which is just as well, because with the sweltering summer arriving, sometimes what we need is a good ol’ day indoors, inside our favourite art galleries, with the AC on at full blast.

Running off the high from May, here are the best art exhibitions to check out, from “The Loss of Human Face?”, which focuses on portraiture in both heritage and contemporary works; to “Unseen: The Making of Traditional Chinese Furniture”, which celebrates the practice of furniture craftsmanship in China and Hong Kong throughout the years.

Prior to the pandemic, globalisation reached its peak, but at a price — this universality also eroded away at any individuality and cultural distinctiveness, including in Asian identities. In a twist of events, Covid-19 regulations have driven a surge in localisation, with people spending more time in their immediate surroundings to rediscover their culture, as well as their values and morals. This is exactly what the artists presenting in “ANOTHER ASIAN ARTIST” are addressing in their works, as they oscillate between their local roots and the pressures of globalisation.

On view until the end of June at Contemporary by Angela Li, “spinelessly planting” is a solo showcase of Hong Kong artist Cheung Tsz Hin’s latest works. In this exhibition, Cheung continues his exploration of the blossoming and withering of plants. Their transient lives remind the artist of the passage of time, the significance of being and how he comprehends life spinelessly.

Partly autobiographical, Cheung’s paintings of foliage take inspiration from the trees, stones, spaces and wild animals in the northern peripheral New Territories where he grew up. From his childhood home in Sandy Ridge, his grandparents’ home in Ta Kwu Ling and his village studio in Yuen Long, the artist’s formative years were spent in the midst of lush greenery — naturally, his surroundings became the subject of his studies and works.

At the exhibition, visitors are able to preview two pieces of furniture: a display cabinet titled “Memory” designed by Samuel Chan; and the “Intertwined Chair” designed by Freeman Lau. Brought to life by Tse and Ng, these pieces are displayed alongside a video explaining the design and creation process, with the aim to shed light on the intricate relationship between designers and craftsmen.

There is a limit on the number of visitors allowed into the exhibition for each session. Register for your preferred timeslot in advance here making the trip over to Tseung Kwan O.

“Be 40” is a collective exhibition celebrating the conservation of the Old Dairy Farm Depot and its transformation over the past 40 years into the Fringe Club today. Featuring mixed media pieces from 66 artists who have previously exhibited at the venue, the show serves as a homecoming for some of the artists, whose works recall some of their first Fringe encounters.

At the same time, the exhibition includes artwork commissioned and collected by the Fringe Club from 1892 until now. This includes recent works by one of the pioneers in contemporary art in Hong Kong, Frog King.

In collaboration with Le French May Arts Festival, Opera Gallery is celebrating the works of prolific French artist André Brasilier, who is known for his lyrical, dreamlike visual language. With approximately 20 artworks on display, the goal is to allow the audience to fully imagine and immerse themselves in being with nature in France.

Touting a style that can be best described as a blend of abstraction and expressionism, Brasilier, who currently lives and works in Paris, often explores an intimate affinity with nature in his paintings. Horses, in particular, feature prominently in his works, with their elegant forms cantering through serene seascapes or sunsets. His wife and muse, Chantal, is also a favourite subject of his and is often portrayed delicately arranging flowers.

New York-based artist Michael Dotson is working with Over The Influence for his first exhibition in Asia and second presentation with the gallery. Titled “Communion” after a novel documenting extraterrestrial encounters by Whitley Strieber in 1987, Dotson’s new show sees him shifting away from his signature distorted Disney imagery and into the mysterious world — universe? — of aliens.

The pieces in “Communion” are named “Close Encounter” with an assigned number and letter, uniting them as a collective rather than separate entities of their own. Painted in his recognisable crisp and precise style, Dotson’s otherworldly subjects are organically shaped, weightless and levitating in space. In a similar vein to his Disney stills, the artist’s aliens sit at a crossroad between a childlike imagination and a darker, more sinister subconsciousness.

“The Driver”, Koak’s first solo exhibition in Asia, is a collection of the San Francisco-based artist’s new paintings and sculptures developed during the pandemic. Across her works, there are feelings of delay, interiority, angst and expectancy, a reflection of the emotions felt over the last two years.

Featuring mostly feminine figures and felines, Koak’s subjects are depicted in folded and internalised positions, showcasing the desperate cultural mood of the time. In “My Cage”, a female figure crosses her arms uncomfortably and looks downward within a pressurised space. A birdcage in the background emphasises her distress and the feeling of confinement.

“URLANDSCHAFT” marks the Asian solo debut of multidisciplinary artist En Iwamura. Between all the confusion and chaos in the world caused by the pandemic, climate disasters and nuclear wars, the Kyoto-based artist aims to convey a sense of innocence through his paintings, sculptures and installations.

The Loss of Human Face?

When: 2 June to November

Featuring masterpieces by Francis Bacon and works by contemporary artists Adrian Ghenie, Zeng Fanzhi, George Condo and Yukimasa Ida, Villepin’s new exhibition explores how the human face has been used in art to reflect the truths in humanity. A source of both attraction and repulsion; and an expression of humanity and fraternity, the portrait has long been used as a mirror to the world across both figurative and abstract representations.

Through 20 major works, visitors are met with Bacon’s subjects, donning distorted faces on his raw and unsettling canvases; Ghenie’s portraits, contorted by irregular brushstrokes; Condo’s characters, rendered flat in grosteque configurations; and more. To accompany “The Loss of Human Face?”, Villepin is publishing a catalogue of texts and essays on the subject by prominent curators and contributors in the art space.

Hong Kong’s Maritime Miracle: The Story of our City since 1945

Coinciding with the 25th anniversary of the establishment of the Hong Kong SAR, the Hong Kong Maritime Museum has announced the opening of a special showcase exploring Hong Kong’s rise from World War II through iconic artefacts and art-tech. Through 25 iconic exhibits, visitors will witness the city’s transformation from the ashes of World War II into a global maritime hub.

The exhibition is split into five phases documenting the post-war maritime history: “Regeneration (1945-1948)”, “Back in Business (1949-1970)”, “The High Growth Years (1960s-1980s)”, “The Container Changed Everything (1972-present)”, and “The Future”. On display are ‘Made in Hong Kong’ products, artefacts, personal memorabilia, historical photography and even a Star Ferry turnstile that had been used in the 20th century to illustrate the crucial role of shipping in our daily lives in the past, present and future.